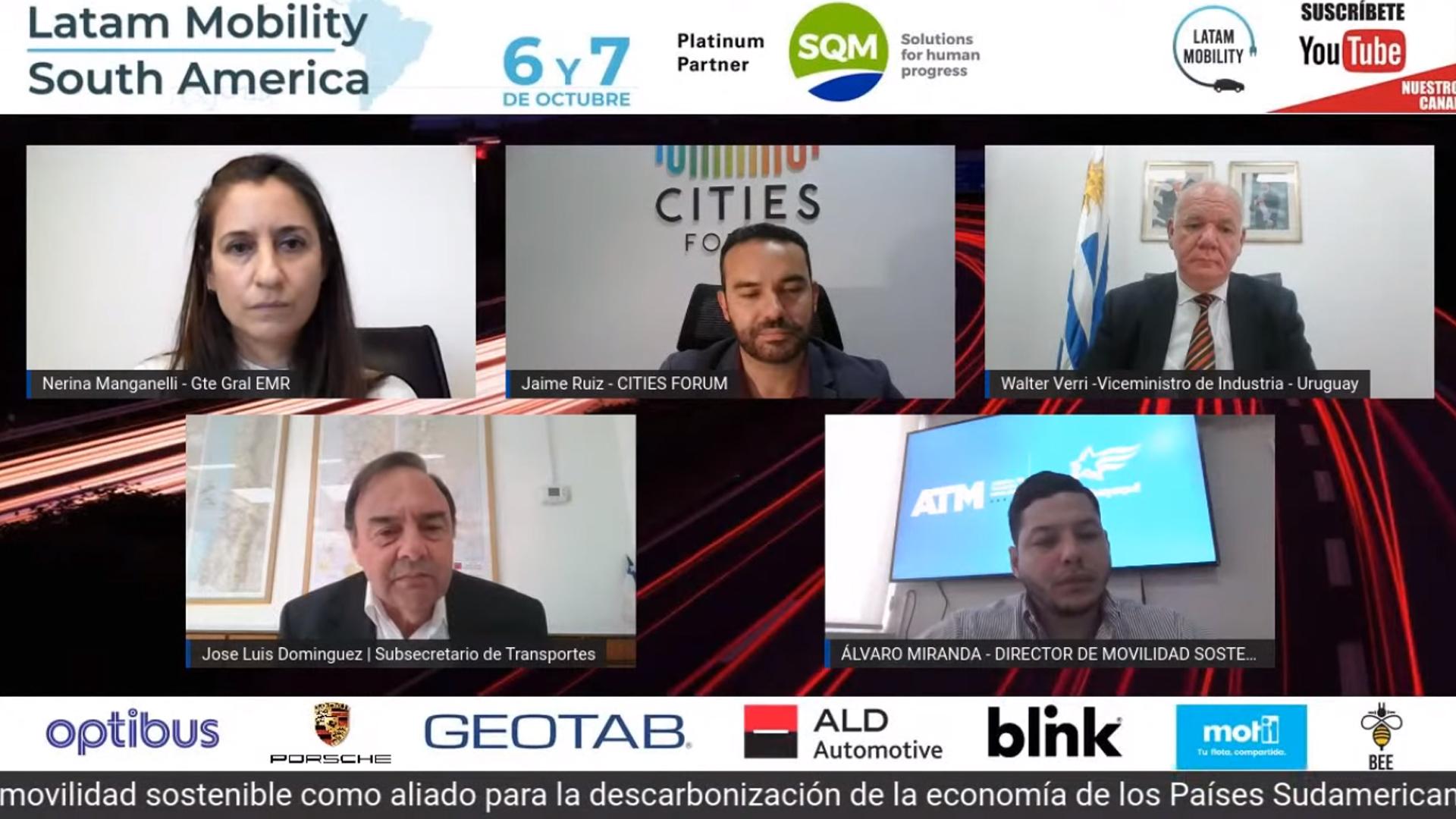 Posted at 07:45h in Media area by oswardrubio

The panel began with a question focused on the effects of Covid-19 on pedestrian mobility and micro-mobility, to which the General Manager of the mobility agency of Ciudad del Rosario (Argentina), Nerina Manganelli, pointed out that the pandemic presented a great opportunity for the development of this kind of mobility.

“As a State, we have always promoted the use of public transportation as the best alternative. But with the pandemic’s arrival, we went from mobilizing 450,000 people daily to less than 6,000. This led us to declare an emergency in the area and to take appropriate measures for the adequate movement of people, so we enabled extensions of bicycle lanes, an option that was well received and on which we continue to work,” said Manganelli.

She also added that the number of bicycle lane extensions has increased by 39% from March 2020 to the present.

According to the same line, the Director of Sustainable Mobility and Road Education of ATM (Municipal Transit Authority) Guayaquil, Alvaro Miranda, said that with the arrival of the pandemic, people started to move by bicycle, so authorities gave way to adaptation works for creating dozens of kilometers of bike lanes and pedestrian paths.

“We are strengthening the bicycle routes and interconnecting neighboring towns with Guayaquil. We will implement divisions through cones and we will ensure that they are always monitored by traffic officers,” said Miranda.

The Undersecretary of Transport of Chile, José Luis Domínguez, opened his presentation by highlighting the fact that all countries must accelerate measures to comply with their commitments under the Paris Agreement (30% reduction of emissions by 2030) and COP25 (Carbon Neutrality by 2050).

When asked about the barriers preventing the expansion of sustainable mobility, Domínguez said: “Normally, when we talk about electromobility, electric cars come to mind, unfortunately. But let us remember that, for example, there is the Metrotrén and the Metro, which are also electric. In Santiago, for example, we have 140 kilometers of Metro and we are planning to expand it. This is a very powerful electromobility tool”.

Along these lines, the Undersecretary announced that in the Chilean capital, approximately one third of the local public transport system has been put out to bid: ” From the 1,600 buses put out to bid yesterday (October 5th), 1,000 new electric buses will be incorporated by 2022. That is to say, from the 800 currently in circulation, we will have 1,800″.

Uruguay is Working on Charging Infrastructure

Meanwhile, the Undersecretary of Industry, Energy and Mining of Uruguay, Walter Verri, spoke about his country’s challenges to expand electric mobility, referring to charging infrastructure.

“We need a network that, more than providing autonomy, gives people the confidence to switch to electric vehicles,” said the public official.

Verri pointed out that Uruguay currently has 140 charging points and soon will double that number.

Finally, the undersecretary concluded: “We have kept our commitments acquired at COP25 and now we ratify them here, in a place where we know that Chile, for example, will go from having 800 to 1,800 electric buses.

It should be noted that the conversation took place during the panel entitled “Sustainable Mobility as an Ally for the Decarbonization of the Economy of South American Countries”, as part of the first of three days of the 10th Sustainable Mobility Summit by Latam Mobility. The second day of these summits will be dedicated to Brazil, with panels to be discussed in Portuguese, while the third day will be focused on zero-emission vehicle racing in English.

Below, you can watch the complete conversation.